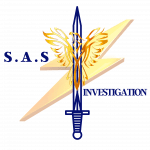 S.A.S. was born in 2007 from an idea of Bruno Suelotto after 20 years of service in various departments in the State Police and another 10 in private security. Bruno Suelotto began his career in the State Police in the anti-terrorism squadrons in the 70s in Alto Adige directly reporting to the Ministry of the Interior and subsequently in the Trento Traffic Police department.

After the experience he had in the police for ten years, he dedicated himself to private security, holding the role of Manager and license holder of the Vigile San Marco Spa of Trento.
In October 2007 he decides to open his own agency with his sons Samuel and Daniel.

Daniel, after having acquired the authorization from the Trento Police Headquarters as an authorized employee investigator and after having completed training courses in Israel and South Africa relating to intelligence and security, holds the role of administrative manager.
Samuel in October 2007 after completing his studies in Israel and graduating first in Protection Operative Management, surveillance and anti-surveillance techniques and later in Tactical Security, joins the staff of S.A.S. after having obtained the necessary authorization from the Trento Police Headquarters with the role of Operational Manager of the agency.
Samuel as a person who is always attentive to the issues of security and intelligence both nationally and internationally continues to work and study, obtaining qualifications to operate in high-risk areas, specializing in Islamic terrorism.

In 2014 he enrolled in the faculty of Political Science for international relations and in 2016 he was called to perform various services in Pakistan on behalf of an internationally renowned non-governmental organization. After 2 years spent in Islamabad, Lahore, Peshawar, Quetta, the Pakistani tribal areas and Karachi, and having collaborated with international and local organizations such as the UN, WHO, WFP and local Pakistani law enforcement agencies, he returns to Italy and obtains a degree in Science Policies for international relations, structuring his thesis on his own experiences lived in the Middle East.
After completing his university studies, Samuel becomes the owner of the S.A.S. acquiring the position previously held by his father as a license holder issued by the Trento Police Headquarters.

Thanks to the know-how acquired over time, S.A.S. acquires more and more prestige and the agency is called upon to carry out very delicate activities to clients such as the former secretary of the United Nations during a visit to Turin in 2009, to companies such as Equitalia spa, Unicredit spa, Whirpool Trento and many others.
Throughout this period the S.A.S. has made itself known and appreciated both in Italy and abroad in countries such as Austria, Switzerland, Germany, France, Belgium, UK, Israel, Lebanon, United Arab Emirates, Tunisia, Algeria, Morocco, Nigeria, Niger, Kenya, Somalia, Ethiopia , South Africa, Pakistan, Bangladesh, Sri Lanka, Australia and many others carrying out services for individuals, companies and law firms by forging collaborations with other realities in the world of investigations and security ensuring reliability, seriousness and secrecy, always putting the face in all activities, in order to give that extra guarantee to its customers.

The experience gained in the first person first and foremost by the managers and their collaborators leads S.A.S. to be able to give the correct solutions and answers to its customers.
S.A.S. provides investigative and security services for individuals and companies, offering services not only nationally but also internationally.

Guarantee the safety of our customers.

Provide investigative services to companies and individuals in order to protect their interests on the basis of respect for human rights and freedoms.

Assisting the police to prevent all those crimes aimed at offending people.

All our services are aimed at satisfying the legal needs of clients in a reliable and quality private investigation and security service.

What they say about us

I have used several times the service of the sas investigations always with excellent results. Serious professionals with cutting-edge investigation techniques. I also recommend it for investigations to be carried out abroad for the excellent skills they possess.

I met Samuel through an Italian law firm, I thank Samuel for his meticulous passion and attention to the details, thanks to which it was possible to identify the root cause of heavy metal pollution presence in a cold/hot water for drinking use in residential building. I highly suggest Samuel for all technical needs, investigations and for the quality and skills of his support team.

Samuel is a dedicated security professional with vast knowledge in the areas of close protection, security coordination, security analysis, and security risks assessment and management. His experience in working with multinational organizations, in different countries has exposed and enriched him with the required field and practical experience necessary to excel in the field of safety and security management and protection. He is indeed a top professional in the security field.

1
We use cookies on our website to give you the most relevant experience by remembering your preferences and repeat visits. By clicking “Accept All”, you consent to the use of ALL the cookies. However, you may visit "Cookie Settings" to provide a controlled consent.
Cookie SettingsAccept All
Manage consent

This website uses cookies to improve your experience while you navigate through the website. Out of these, the cookies that are categorized as necessary are stored on your browser as they are essential for the working of basic functionalities of the website. We also use third-party cookies that help us analyze and understand how you use this website. These cookies will be stored in your browser only with your consent. You also have the option to opt-out of these cookies. But opting out of some of these cookies may affect your browsing experience.
SAVE & ACCEPT